As you may be aware, some customers have been unable to connect to the
PlayStation Network today. This problem affects the models other than
the new slim PS3.
We believe we have identified that this problem is being caused by a bug
in the clock functionality incorporated in the system.

We hope to resolve this problem within the next 24 hours. In the
meantime, if you have a model other than the new slim PS3, we advise
that you do not use your PS3 system, as doing so may result in errors in
some functionality, such as recording obtained trophies, and not being
able to restore certain data.
As mentioned above, Please be advised that the new slim PS3 is not
affected with this error. We are doing our best to resolve the issue and
do apologise for any inconvenience caused. 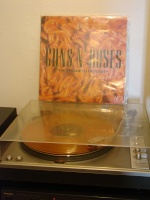