Messias and The Hot Tunes

"Writing on his (not yet published) dairy for September 24th Fripp notes "The Point Of Crim-Seeing was of a conventional Back Line – Gavin Harrison, Bill Rieflin, Tony Levin and Pat Matstelotto - reconfigured as the Front Line, with Mel Collins, Jakko Jakszyk and myself as Back Line.""

"Robert goes on "All the Crims have expressed great excitement at the return to Go! mode. Given the considerable commitments of all members, it will take a year before Crimson is able to perform.""

"Bill Rieflin mentioned to me that he told Jacknife Lee (REM and Robbie Williams’ producer) of the triple drumming, and Jacknife’s reply: Of course. We know what two drummers sound like! I’m hoping we’ll find out, and have a pile of fun doing so.""

"In his (not yet published) diary for September 7th Fripp begins "dear brother crims, we have one year to prepare for action of the savage variety, and be in Go! mode for september 2014… but essentially, King Crimson is in motion.""

"Robert expects that they’ll be rehearsing, in full and small group formations over that period."

""This is a very different reformation to what has gone before: seven players, four English and three American, with three drummers.
The Seven-Headed Beast of Crim is in Go! mode.""

"You can read the whole diary entry here. So far the only publicly confirmed member is Bill Rieflin (ex-Ministry, REM) who Fripp has previously played with on The Repercussions of Angelic Behaviour (alongside Trey Gunn). However, it’s possible to surmise from Fripp’s Sept 5th diary entry, that Tony Levin is also in Crim Go! mode as well."

‘King Crimson is in motion’: Robert Fripp aims to restart his legendary prog-rock band
by Something Else!"

"A decade past its last studio effort, 2003′s Power to Believe, and long after most people had all but given up on such a thing, Robert Fripp has announced the reformation of King Crimson. More intriguing still: It will be in a new seven-man lineup with three drummers, according to Fripp. DGMLive’s Sid Smith has confirmed that this edition of Crimson will include Mel Collins, Gavin Harrison, Jakko Jakszyk, Tony Levin, Bill Rieflin, Pat Mastelotto and Fripp."

"Five of the current players were part of 2011′s A Scarcity of Miracles, released by Jakszyk, Fripp and Collins and featuring contributions from Levin and Harrison. Fripp previously worked with Rieflin on 1999′s The Repercussions of Angelic Behavior. King Crimson’s most recent configurations, dating back to 2009, saw Fripp working with Mastelotto, Harrison, Levin and guitarist Adrian Belew, who had been with King Crimson since 1981. Collins was a member of Crimson from 1970–72, with a return appearance in 1974."

"Fripp says that the agreement to participate from Rieflin, who’s had previous stints in Ministry and Nine Inch Nails, means that the “King Crimson VIII” edition of the band has “moved to its next stage of actualization.” He also says that an on-going legal dispute with the Universal Music Group is headed toward a likely settlement, something else that had been a sticking point."

"“So, King Crimson is in motion,” Fripp adds. “This is a very different reformation to what has gone before: seven players, four English and three American, with three drummers. The Seven-Headed Beast of Crim is in Go! mode.” New music, Smith says, should follow sometime next year.""

You still with us!!!

You still with us!!! 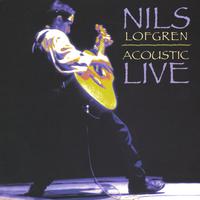 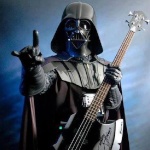 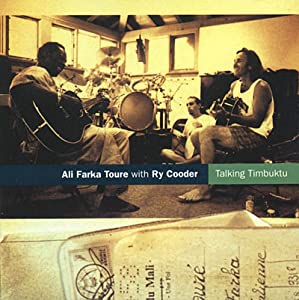