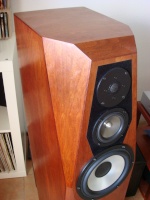 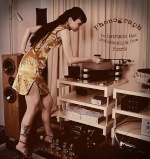 - Stock uses the Dynamicap which is probably the best (sound wise) low priced cap made, (under $50) but it always had break in issues. Some people experienced it worse than others, (and some even not at all) but lately more and more were having this issue in a bad and frankly unacceptable way. If you choose this cap it will eventually get good, but it could be anywhere from 50 to literally 400 hours, and they could be almost unlistenable hours, until it does. This is the stock, "standard" cap.


- Option 1 is using an equivalent priced cap in place of the dynamicap. You can choose either the Jantzen Z Superior cap or the Copper Obbligato. Neither changes your mod cost. The former is a bit brighter and less warm and the latter has perhaps more bass but is a bit rounder. Both like any cap improve after break in, but neither has shown to have the break in horrors the dynamicap does. Both are close to the sound of the dynamicap but for the differences noted. I feel the dynamicap is (slightly) the best of the 3 once all are broken in because it is the most even and warm, but your break in to get there could be a long, hard road. If your system is bright, choose the Obbligato, if too warm or round then choose the Jantzen.

- Option 2 is using my new, upgraded XO. In an effort to solve this cap problem I looked to higher priced caps, however in the past I found no single higher priced cap was better anyway (they always traded one thing for another and the thing lost was always unacceptable) so I tried to replace the dynamicap with 2 caps, each of which did well what the other did not. I eventually found a pair that is simply magical, and one of these caps is being made in a value just for me. The retail price of these 4 caps is over $460 but I will offer them in this upgrade option for $350.

What are they? That remains my little secret.

What they bring to the table is increased resolution in both mids and highs, but it is most stunning with the bass which becomes deeper, fuller and if your room and gear is good you'll find lows now get "fleshed out" and plasma like the way mid reproduction can get. Since it's introduction every customer has opted for it, and it may very well just become the stock XO, but for now I will still offer the choice. The first guy to get it was used to the stock XO and reported the following -